Song canaries are bred specifically for their song with little or no regard for their color or other physical characteristics.

In the beginning ALL canaries were prized for their singing.

They were WILD canaries used as singers...if that makes sense. 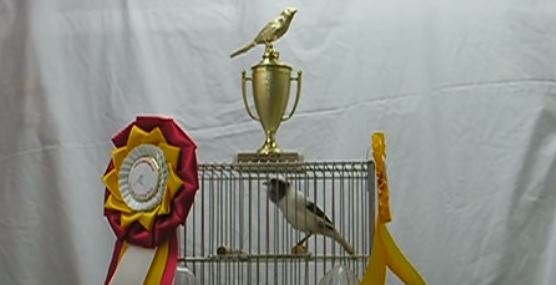 They were caught in the Canary Islands and shipped to Europe where they became popular for their beautiful singing.  Canary owners soon discovered that the canaries adapted well to being held in a cage and that they reproduce well in captivity. 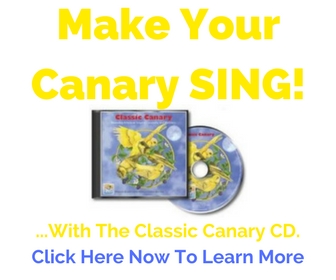 The wild canaries were mostly green but in time breeders produced a yellow canary...and then another one with an interesting body shape... and discovered the joy of breeding for different Color and Type in addition to song.

But the singer continued to be the MOST popular among the general population.  And...

Breeders continued to breed the canary for better and more <BR>"free" singing-->In the canary world to sing "freely" is to sing a LOT.

About 200 years ago Germans "opened their wings" and flew to new heights of breeding for song.  They produced canaries that were rivaled no where.

Most people don't realize that...

Canaries Can Be Trained.

That is...trained to sing a specific song.

By using recorded songs or a "trainer" canary the birds are encouraged to sing in a particular way.  They hear the same song over and over and learn to sing that song particularly well.

The Hartz Mountain region of Germany produced the Roller--one of the most popular of the song canaries today.

This canary type comes in a variety of colors including...

Many are "variegated"--a spackling of a dark color and a light color.

Although these canaries are a joy to look at they are judged based on the quality of their song.

Keep learning about canaries by signing up for Canary Tips! Ezine.

Canary Tips! is full of helpful information on canary care and other interesting canary topics.

The German Roller is just one of the many song canaries available.  There are also the 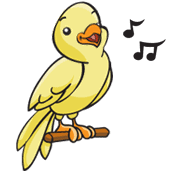 ...and many others.  Each breed has been bred and trained to sing a different type of song.

Today, competitions are held around the world to see which breeder has been able to produce the canary with the most desired long, loud, and melodic song.

[?]Subscribe To This Site
This page and website may contain ads which generate commissions. As an Amazon Associate I earn from qualifying purchases. Make Your Canary S-I-N-G! CanaryAdvisor.com Copyright © 2004-2021 CanaryAdvisor.com All Rights Reserved. Privacy Policy